Why I Write Ghost Stories 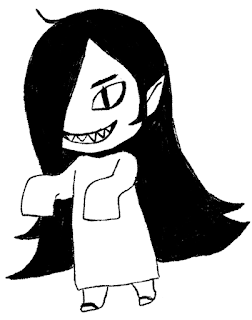 I blame it on where I came from—Singapore—and my mother.

Singapore is one of the richest countries in the world, with a shiny facade of skyscrapers and lush parks and high-end shopping malls. If you scrape away the glitz, however, you will find … the supernatural.

Many Singaporeans believe wholeheartedly in the paranormal. The island is hazy with smoke every Hungry Ghost Month, when Chinese families burn offerings for the dead and mothers take care to pull their children indoors before dark. Tiny altars can be found at the foot of old trees throughout the island, testament to the old animist beliefs. Lucky numbers and protective talismans abound. Singapore even has a cultural park whose main attractions are gory dioramas depicting the Chinese Ten Courts of Hell.

The island’s rich folklore and superstitions were brought by its diverse population, which come from all over Asia. The island's many supernatural entities include the Malay pontianak (a succubus who resides in banana groves) and Chinese spirit mediums.

I grew up listening to Singapore's ghost stories. They've become a part of me. Even today I won’t step on any area of burnt grass or cement that may have been the site of an offering. If you call my name in the middle of the night, don’t blame me for not answering. And I would never, never, ever say anything if I suddenly smelled the frangipani’s overly sweet fragrance late at night.

What about my mother?

My mother not only believed in ghosts, she said she could see them. Her stories, all supposedly true, would curl your hair and make your goose flesh stand at attention. There was the one about the ghost baby under the bed … Or the shadow on the wall after her neighbor died … Or the dream about her dead sister …

My mother is gone now and can no longer tell her stories. After working as a journalist in Singapore and Washington, D.C. (covering issues that ranged from information technology to securities regulation), I now call the United States my home. I’m writing stories of my own (wholly fictional) that reflect my American experience and the rich culture of my upbringing.

I hope you enjoy the stories.