An Easy Guide to the Book's Concepts 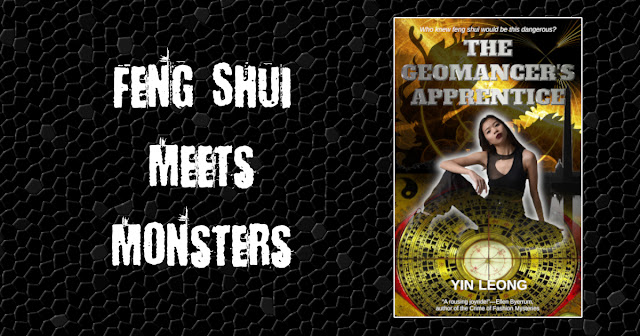 Shortly after I published The Geomancer's Apprentice, a reader told me she didn’t know what a “geomancer” was when she came across the title. With that in mind, I thought it might be helpful to explain some of the words and concepts in the novel, as well as provide a pronunciation guide.

The book is loosely based on Chinese culture and mythology. It revolves around the ancient art of feng shui and superheroes known as Dragon warriors who can manipulate qi, the vital energy that underpins the universe.

I’ve taken artistic license with many of these terms, so my explanations may not be what is popularly understood.

Feng shui literally means “wind water” in Chinese. It is also known as Chinese geomancy. In olden days it was the art of choosing auspicious sites for religious structures, graves, buildings and homes in relation to topographical features and/or the constellations.

In modern-day usage, feng shui helps people to live in harmony with, and benefit from, the natural energies of their environment.

Qi is the vital energy or life forces of animate and inanimate objects. It is a basic tenet of Chinese traditional medicine and martial arts. Qi is in a constant state of flux, moving and mixing continuously. Qi is positive and sustaining when it flows at the proper speed (not too slow or fast). Conversely, blocked or stagnant qi may turn negative and destructive.

Junie, with the help of her crystal, can see the qi surrounding living things and objects in the form of colored auras.

A Chinese geomancer is a person skilled in the practice of feng shui.

A luopan is also known as a geomancer’s compass or a feng shui compass. It is a Chinese magnetic compass that geomancers use to determine the precise orientation of a building.

Junie’s luopan, passed down from Joe’s ancestors, is special in that it can detect supernatural or unnatural energies.

Joe’s grandfather and father used a magical wooden sword to vanquish shape-shifting monsters known as yaoguai. Joe’s father, the Golden Dragon, dubbed the sword the “Energy Devourer” because it absorbs the creatures’ energy and kills them. Only a Dragon warrior may wield the sword.

Talismans are paper charms that derive power from the magic symbols painted on them. Joe uses his talismans to seal portals and to immobilize the undead, among other functions.

In Chinese mythology, yaoguai—meaning “weird devils”—are malicious animal or plant spirits that can take on human form. They seek immortality.

The book describes yaoguai as shape-shifting monsters made out of negative energy. They gather at places of power, hoping to break through to the mortal world so they can gain immortality by feeding on human suffering. They have to assume a physical shape or form to enter this realm.

Mogui are evil ghosts or demons in Chinese folklore.

In the book, I’ve made them ancient beings of negative energy. They’re shape-shifters like yaoguai, except even more terrifying. When summoned or awakened, their sole aim is to bring about wide-scale death and destruction.

In case you’re wondering why D.C. is such a hotbed of Chinese folklore monsters, I explain in the book that different cultures and religions call these creatures different names. In Christianity, they’re “demons” and “devils”; they are known in the Arab world as “jinn.”

Joe and Junie know them as “yaoguai” and “mogui” because Joe learned about them from his father. 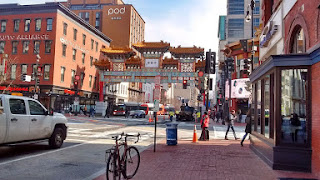 Tao means “the path” or “the way” in Chinese. Taoism or Daoism is a Chinese philosophy and religion that emphasizes living in harmony with “the path,” that is, the natural order.

Ley lines, also known as “dragon lines” or “dead roads” in China, are passageways of supernatural energy. In ancient times, religious buildings and graves were situated on or near such routes because of their power.

When the lines intersect, they create whirlpools of energy that attract mogui and yaoguai.

Diyu is the Chinese version of hell. In Chinese mythology, Diyu is a subterranean maze with several levels or “courts” that dole out gruesome punishments for various types of sins. A soul is repeatedly resurrected and punished until he or she has atoned enough to be reincarnated.