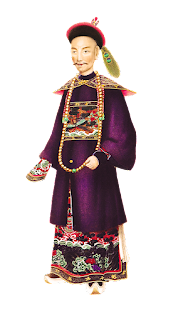 The Corpse Ritual features a vampire-like Chinese folklore monster that some of you may recognize. It’s a “jiangshi,” which means “stiff corpse” in Mandarin.

Those of you who’ve watched the Mr. Vampire Hong Kong comedy movies from the 1980s will be familiar with this creature. It’s basically a reanimated corpse. Its appearance depends on how long it’s been dead. The fresher the cadaver, the better it looks. It hops because its limbs are stiff from rigor mortis.

In Chinese popular culture, the jiangshi usually is shown wearing clothes from the Qing Dynasty (1644 to 1911). Although it’s called a “vampire” in the movies, there are major differences between a jiangshi and a vampire.

The hopping corpse folklore supposedly dates back to olden times in China when travel wasn’t convenient. Many people left their villages to work in big towns and cities. When they died, their loved ones wanted them to come home so their souls wouldn’t be homesick. Relatives who couldn't afford their own means of transport hired Taoist priests to “drive” the deceased home.

The folk belief was that the priests brought the corpse back to life so he or she could be led back to the village.

The corpse transportation always occurred at night. The priests traveled by secondary or minor roads. They held up lanterns and rang a bell to warn passersby to stay away because it was bad luck to see a jiangshi. 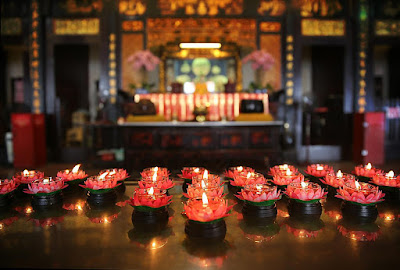 Another possible source for the folklore was the use of bamboo poles to transport corpses. The corpse movers placed bamboo poles under the arms of the deceased. The movers—one in front and one in the back—carried the poles on their shoulders. When they moved, the flexing of the poles made it seem as though the corpses were hopping.

There are many ways to counter jiangshi. They can be immobilized by pinning a talisman to their foreheads. They can be tied up with string that’s been treated with chicken blood, black ink and burnt talismans. Jiangshi also are afraid of fire and bagua mirrors.

For narrative purposes, I’ve taken liberties with the old beliefs in The Corpse Ritual.